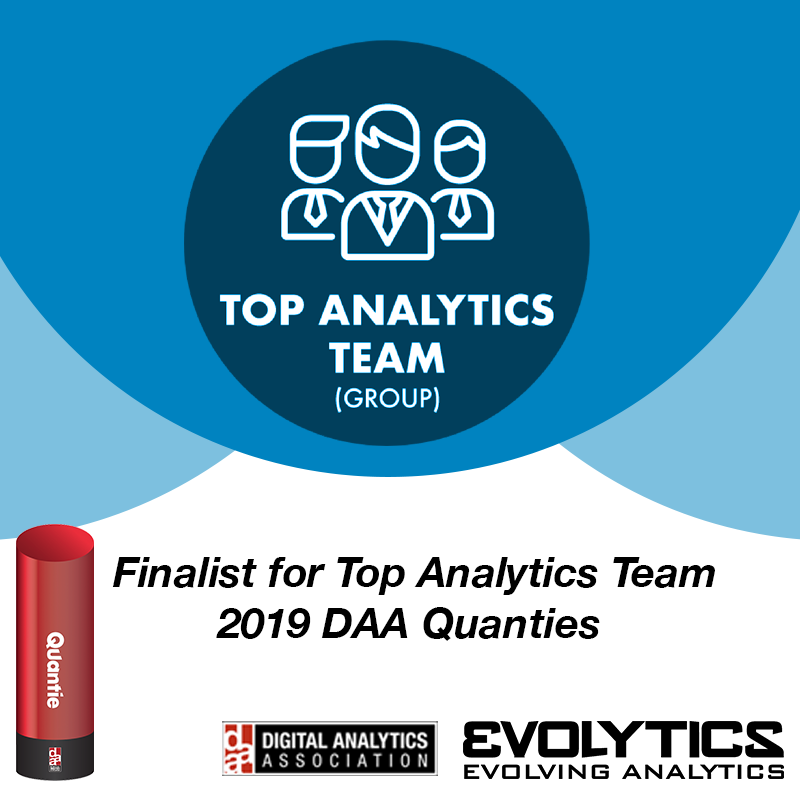 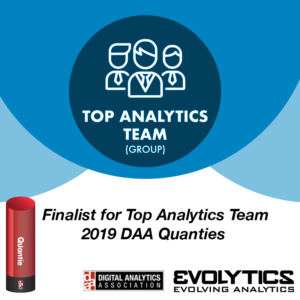 I’m honored to share that the cross-functional team at Evolytics that developed our College Basketball Game Predictor is a finalist for the Digital Analytics Association 2019 Top Analytics Team award. I’m honored, but not surprised.

The College Basketball Predictor allows you to choose any two men’s college basketball teams and see most probable outcome of a matchup. The backend is an impressive pipeline of machine learning algorithms that analyze multiple years of historical college basketball data. What’s more, the dataset updates nightly during basketball season for continuous model refinement.

This project was a collaborative, cross-functional project that truly took a cooperative village to build and deploy between January and March. The minimum viable product launch received great traction, breaking the Evolytics.com daily unique visitor record.

The team created a functional, front-end tool on top of a complex web of data science. They sought feedback from everyone, even turning to Reddit for the type of brutal honesty that only strangers on the web can provide. They vetted their models, turning to Kaggle competitions and FiveThirtyEight to benchmark success.

“This was an inspiring project to be a part of because it began as a passion project, and team members just started pitching in. Not only was everyone excited to contribute, they also pushed one another to keep doing better and better,” said Krissy Tripp, Associate Director of Decision Science, who led the team.

The end result is a tool that any sports fanatic or bracket enthusiast can use, no data science or basketball knowledge required. The complexity of disparate data sources, advanced statistics, AWS pipelines, Python code, model deployments, and machine learning is simplified into a simple “Win Probability” for each team.

Our own HR manager, Stephen Daniel, used the tool exclusively to fill out his bracket last March. He entered his bracket into the local Minsky’s Pizza competition, and came in third place out of 1200 entries!

We’re excited to demo the College Basketball Predictor tool at the Quanties live competition in a few weeks. And, stay tuned for even more updates to the tool coming next tournament season! 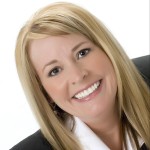